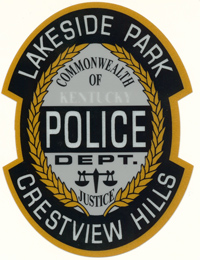 Meetings are held the 3rd Monday of the month

The Chairperson of this committee will also sit on the board of Lakeside Park - Crestview Hills Police Authority Board.