Just minutes south of Cincinnati and along Dixie Highway, sits the City of Crestview Hills. All too often, community members hear about our city being such a nice place to live and work, but many do not realize that the outstanding quality of life the Crestview Hills offers is the result of the time, effort, and passion of its residents throughout the years.

Once part of the Old Buffalo Trail to Big Bone Lick and used by Indian hunters and the earliest pioneers in this region, this locality was settled at a period earlier than either Cincinnati or Covington. Although the exact date of the area’s first inhabitants is unknown, it is believed that the first settlements formed in 1785 and were centered around the creek. From there, the city became a center of wealth and culture, including families like the Buckners, the Sandfords, the Leathers, etc.

Originally part of a 999 acre land grant to the Leathers Family, Crestview Hills at the time consisted of certain tracts of land situated in Kenton County—lots 8 and 9 and the estate of John B. Casey. The John Casey land contained 80 acres in lot 8 "after deducting out the graveyard" and 40 acres in lot 9. John Casey owned and operated a dry goods store at 3rd and Scott Street and served as a Councilman for the City of Covington in 1834.

Crestview Hills saw some of its most eventful days during the Civil War. In early 1862, Confederate General Heth was dispatched by General Kirby-Smith to lead a 6,000 troop march on Cincinnati. By the time they reached Fort Mitchel (now Fort Mitchell), in September 1862, they ran into 72,000 Union troops stretching 8 miles from Ludlow to Fort Thomas along encampments in the hilltops. However, after two nights of scouting the area and finding all of the Union troops, General Heth and his troops withdrew their forces and saved Cincinnati from falling under Confederate control.

After the Civil War, the Casey property became acquired by Barney Bungener. Although the exact time is unknown, records indicated that the estate was bequeathed to his wife, Elizabeth, on June 16, 1884. By the time of her death in November 1922, a group of Northern Kentuckians led by William Hoppenjans formed a corporation to purchase 120 acres of farm land from her estate with the purpose of starting a subdivision for better class homes. Collectively, the investors subscribed to 650 shares of stock at $100 per share for a total of $65,000 and additional cash was borrowed from a bank.

In 1924, the first home was built and opened to the public as the "Model Home" completely furnished and decorated by some of the larger, local businesses. After a year this home was acquired by the Emmett Woods family who remained there until the end of 1973 when the highway department purchased the homes facing the Dixie Highway between winding Way and Rosemont Ave. to widen the highway for the traffic from the new interstate being built (I-275).

In the 1920s, the acres of land open to residential development, a number of building sites were sold. From the sale of the lots and money borrowed from the bank, the Kenton County Development Company was able to complete the initial development of the lots.

Crestview Hills now began to take shape.  The original ad describes it well. "Beautiful, smooth, permanent concrete driveways extend through the broad expanse of one hundred and twenty acres, not in the usual stereotyped conventional manner, but in a series of graceful winding curves and circles, with here and there spacious park areas of an occasional flower plot, sparkling lakes and beautiful shrubbery."

Despite this idyllic community setting, much of the unsold property lay dormant as The Great Depression took effect.  In 1935, the Kenton County Board of Education acquired 5 acres of the land and the Works Progress Administration began building Dixie Heights High School. In 1941, the park areas were deeded to the trustees to manage and control. The only condition in the deed was that the park area shall revert to the Kenton Development Co. in the event they ceased to be used for park purposes. The Board's chief function was to see that the park areas are mowed and trimmed during the summer months. 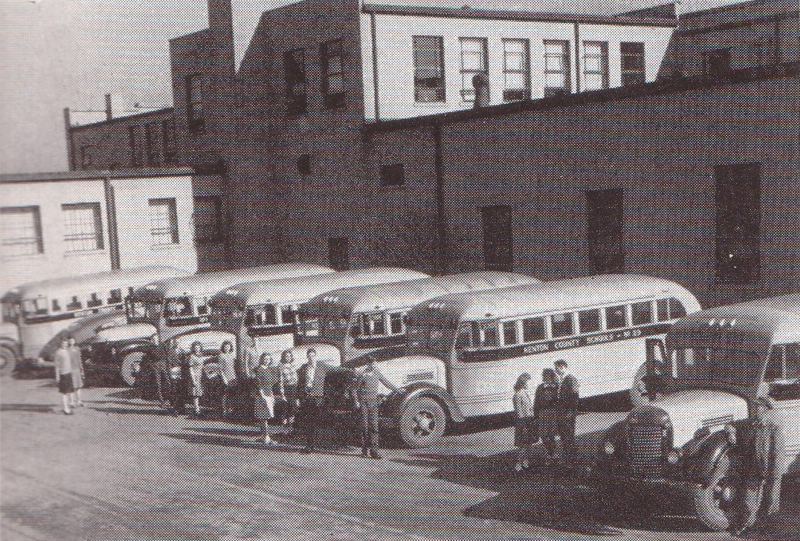 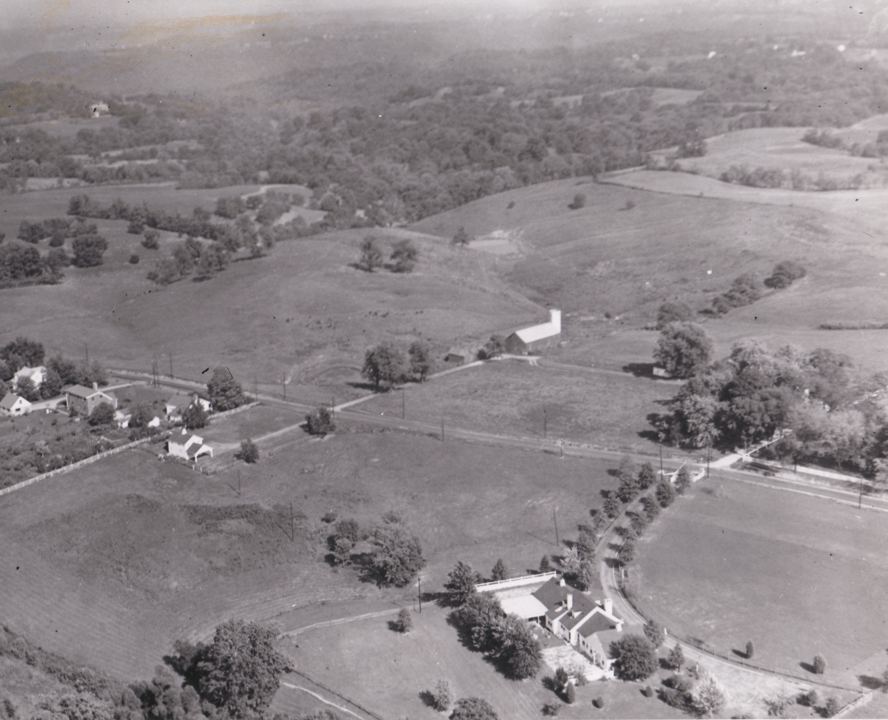 In 1943, the Property Investment Company, a subsidiary of the Peoples-Liberty Bank of Covington, decided to foreclose their mortgage on the land of the Kenton Development Company. The Property Investment Company offered the stockholders of the Kenton Development Company a chance to redeem the mortgage, but it was not accepted. The property which had been put up as security for the loan (and which comprised the developed area of the subdivision only) was sold to William Hoppenjans personally. At this stage, the Kenton Development Company retained title to about 62 acres of undeveloped land. Again the land lay dormant, accumulating a backlog of unpaid taxes
In 1949, William Hoppenjans died. After his death, two interested parties, Frank Anthe and William Hoppenjans, Jr., decided that some action needed to be taken. A stockholders meeting was called and new officers and directors were elected. At this time the corporation was entirely without funds and owed considerable back taxes. The officers were authorized to salvage what they could from the corporation's only asset - the land. There remained for distribution to the original stockholders a sum of $24,500. This was the only return they would receive for the original investment of $65,000.

At this time, in 1951, the land was resold to Frank Anthe, Marion Zumbiel, Elizabeth Hoppenjans, William Hoppenjans, Jr. and William Jordre. The corporation name was now changed to the Crestview Hills Development Company and their first undertaking was to get the property owners to band together to repair the existing roads. After this project, the new corporation began expanding the building sites.

Rosemont and Parkway were now connected by Winding Way and Parkway was extended to the last 4 sites. Dixie Lane was added and Rossmoyne extended from around the second or third building site to Druid Lane connecting in a circle with Warwick Ct. back to Rossmoyne.
Following World War II, the great building expansion and suburban development started to reach Crestview Hills. In the summer of 1951, the residents of about 30 to 40 developed homes met with the owners of Brink (now Lookout) Farm, Meiman and Mackoy Farms to discuss the possibility of incorporating into a sixth class city--eventually achieving incorporation in October 1951. The main motivations being to block annexation from the City of Erlanger, block the purchase and development of adjacent land by the Railroad, and explore methods of reducing fire insurance rates. However, over the past 60 years, it became apparent that one of the most significant motivations was to allow residents the ability to control their own growth and development and ensure that the city remained what was referred to as “one of the most beautiful stretches of Dixie Highway in Northern Kentucky.”

From incorporation, a mayor-council form of government was adopted. The first representatives that formed the community were Frank Anthe, James Brink, William Jordre, Anthony Dibo, and George Schaefer.  The group regularly referred to themselves as the Board of Directors, of which Mr. Anthe was referred to as the Chairman of the Board.  Originally, Council meetings were held in the Summit Hills Country Club (after annexation), until the first City Building was built in the 1980s. Among their first actions, the board:
Meanwhile, proposals were put forth for a shopping center on the Meiman Property (purchased by Robert and Alan Gould) and a mix of development on the Center (Lookout) Farm. However, the council held firm that the City would have no industrial development and that residential development would be similar to the original Old Crestview Subdivision. After extensive discussion and controversy, in late 1954 and 1955 a proposed commercial zone was discussed; however, any commercial development was to be set back at least 250 feet from the Dixie Highway right of way. By 1956, developers erected a sign advertising the planned Dixieland Shopping Center, but it would be years before the property would become McAlpin’s and the Crestview Hills Mall.

By August 1961, the remaining acres of land were resold again to Ed Bessler, Robert Klensch, George Meyerratken and William Jordre, who remained a part owner. The name of the corporation was also changed again to Crestview Land, Inc.

At this time, the remaining 42 acres of undeveloped land began to take form. Summit Drive was extended from Summit and Dixie Lane to go alongside the back of Dixie Heights High School and turn into Vernon Drive. Parkway was finished extending into Vernon and Sunset was developed to extend from Vernon to Winding Way. Vernon was finished running from Summit to Rossmoyne (which was also extended from Druid to this point). Rather than extend Druid into Sunset, a section of road, with a turnaround, was laid to accommodate two more lots. The park area was extended between Sunset and Warwick with the addition of another lake. About an acre of land, at Vernon and Rossmoyne was taken by the Highway Dept. to accommodate the new road being built.
Also in the 1960s, the Old Crestview was completed and construction began on the College Park subdivision. The Police Authority was formed through a joint venture between Crestview Hills and Lakeside Park, which is the oldest cooperative department in Kentucky. In 1968, Thomas More College moved its campus to Crestview Hills and was dedicated by President Lyndon B. Johnson. The last corporate owned lots were sold in Old Crestview in September, 1975. By 1978, the Crestview Hills Mall was under construction with McAlpin’s as the mall’s flagship store. 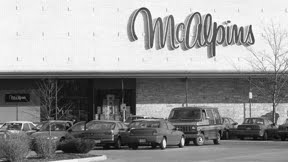 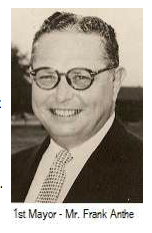 Throughout its long history, the City of Crestview Hills has had a distinguished group of mayors to represent it. The following is a list of Mayors that have served the city since its incorporation: 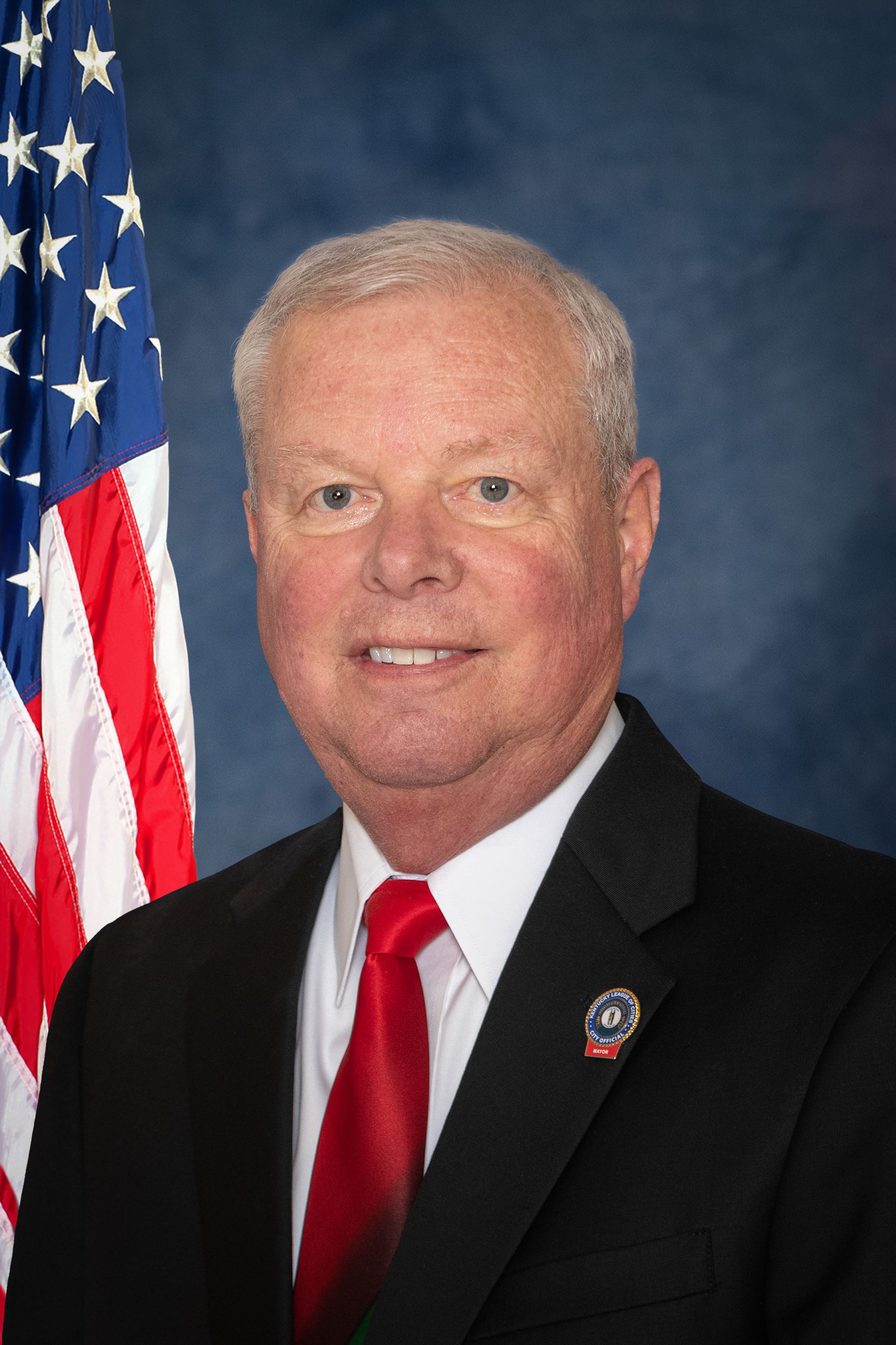 Noted as late as 1957 as having a tax rate that is “substantially lower than any other community in Northern Kentucky (and Greater Cincinnati),” the dedicated administration of Crestview Hills also offers free garbage pickup and recycling, many free recreation programs in the summer and winter, all with the hope that Crestview Hills remains, as ads once said, “the place in which you’ll want to live.”
Property Tax Payments/Lookup
Pay and Lookup Online
Newsletter
Sign up to Receive Notifications
Farmers’ Market
Schedule & Information
Garage Sale Permit
Resource & Information
Overnight Parking Permit
Application Information
Government Websites by CivicPlus®
[]